I wish I could tell you guys about the first time I picked up a controller and played a video game. I wish that it was inspiring, that I could tell you that I loved it instantly and people stood back, in awe of my 8-bit prowess.

But the truth is–I don’t remember a time in my life before I played video games. I’m not sure how early my parents stuck the controllers in our tiny hands, but my sister and I were so young that I’m pretty sure we chewed on them a little before we got down to business.

There’s a picture of my sister pointing a plastic gun at our tiny television while I sit nearby in a diaper, intently watching. For awhile, I think, we played Duck Hunt more often than Mario because the one-button controller was easier to handle.

When we started playing Super Mario Bros, though, shit must have gotten real. I don’t remember the first time, though, I just remember that as we aged a bit we played it more and more often.

Mario was a dance, and it wasn’t icky to do it with your sister (though you did have to take turns on the floor). We knew when to jump in the bee level and when to swim lower in the water levels. We instinctively picked up on the fact that warp level were cheating, but sat in awe of our father when he cleared the game by using them.

As for my sister and I–we never finished a single game. That’s what happens when there are no save files, kiddos. Thanksgiving would end, and we’d be packed from one house with a console to the next. We got pretty far at Christmas once, but the last level was just too much. Besides, we had more fun polishing our skills on the lower levels.

Fast forward to today, and not much has changed. Except now I always finish games, and I can’t play quite as long thanks to budding carpal tunnel. Games have always been, and always will be, a part of life for me. It’s something that my husband and I can do together, and it’s something we can do when we need some alone time.

Moral of the story? Give a writer a blog, and she shall ramble. Other than that, pick up your favorite old school game and enjoy a little nostalgia!

Moderately-known fact: The Bean in Chicago is also known as “Cloud Gate.” Get it? Clouds?

Among tech writers and editors, there’s a secret code. A handshake that lets us know who’s in-the-know, and who shouldn’t be on our field. If you know it, you’re immediately entitled to at least a modicum of respect. If you don’t, you’re going to be dismissed as a pretender and a fraud. Here’s the low-down on the code and how you can get by with writing tech–even when you may not know what you’re doing.

That’s right. The cloud. If you feel the need to capitalize it, put it in quotes or italicize it, I will make fun of you. And–I’m a nice person. Imagine what happens when your resident troll sees it. The cloud isn’t new! Everyone and their great-grandmother has heard of it! You can stop pretending like it’s some new-fangled term that isn’t acceptable enough for regular punctuation. It is. You can treat it like a regular piece of technology. If anyone questions you on its legitimacy, I promise I’ll have your back as you try to explain that it’s really real.

The cloud as the Internet

The Internet is not the cloud. Take a moment, let that sink in. Many of the websites that you visit daily (especially corporate ones) are hosted on local servers. That means the definition of “cloud” isn’t that you can access it from anywhere. The cloud specifically refers to how data is stored on non-local servers and how those servers are set up. It’s typically safe to refer to something as being “on the cloud” if it’s stored off-site, but there is a chance that it’s simply stored on a private off-site server.

No. Just…no. It’s “smartphone,” and the quotes are only there to set it off. That’s it! It’s that easy! And for heaven’s sake, please, please don’t talk about how smartphones are new unless you’re referring to a specific model. Smartphones have been around since 2000, and the iPhone itself came out in 2007. That was five years ago. Let’s just all accept that they’re a part of our lives, mmkay?

These are a bit different. Unlike the others, they’re most often used in the most technically correct manner possible. They’re also used excessively to pad cloud articles when the writer has nothing else to say. Padders–we see through you. We know what you’re doing, and you’re driving potential readers away. Only go into the details of the differences when it makes sense to do so in the article. This dips a bit into simply good writing ethics–don’t waste your readers’ time.

To a degree, people expect IT pros to not be that great at grammar. They do expect them to have the good sense to spell check and possibly even ask someone to read it before you post it. Just run a spell check program and be sure you’ve been properly caffeinated before you start writing and you’ll be fine!

When you write about technology, you need to sound like you know what you’re talking about, but not so much that you sound like you’re just bragging for the hell of it. Take some time to learn about your subject, even if it’s not what you typically cover. A little digging can protect your reputation as a writer or as an editor.

Slingshot SEO graciously paid for the entire editing (and networking) team to go to Blog Indiana 2012. The speakers were great, I really feel like I learned a lot from people like Allison Carter, Erik Deckers and Michael Reynolds. You could say they’re largely the reason I started this blog, actually.

One of the most notable aspects of Blog Indiana took place on the Internet, though. Just look up the official hashtag #BIN2012, and you can get a peek into the discussion that was happening behind the scenes between some of the most brilliant Hoosier social media marketers. There is, of course, some discussion of hipsters and muffins, too. Because really, why not?

Twitter feeds for the hashtag were shown during breaks, lunches and intermissions. Some presenters even used a more specific hashtag to create a new discussion on their own subject. Kelly Knutson, specifically, used it as a way to let people ask questions. People tweeted their questions; she answered them. There was no interrupting the flow to wait for someone to shyly raise their hand, it was all right there.

It was my first experience semi-live blogging an event, and it was really quite fun! Being a part of a larger conversation (a lively, moving one instead of a passive one), was really great. It’s the future of Powerpoints–engaging the audience and creating conversations. It says a lot about us as an audience that we’re no longer content to sit and listen to someone telling us things. We need to be interacting with others, thinking beyond and participating. It’s different than “the usual,” but I think it’s indicative of growth. We’re no longer expected to sit still and listen to teacher talk, we’re taking an active role in our educations.

So, a big thank you to Slingshot SEO for sending us, and to Blog Indiana for being so amazing!

So, chances are good you’ve watched the hit HBO series. You’ve learned that Tyrion is amazing, Arya’s a badass and Joffrey is a jerk. However, there’s more to A Song of Ice and Fire than that, and you’ll be missing out if you don’t pick up the books.

Small warning–if you haven’t watched, it, you should stop reading this post right now. I’m going to assume that you know everything that happens in the first and second seasons.

Lucky you. When nerds originally started sifting through George RR Martin’s tome, they were greeted with an unfamiliar cast that had quite unfamiliar, cumbersome names. It was a bit like trying to read through a Russian novel, where every nickname sounds nothing like the original. But you, you know who the Spider is, and that Eddard is also Ned, and that Joffrey is always the one being a bitch. Now’s your chance to get back at self-righteous original readers by telling them you didn’t have a hard time following the cast at all.

2. You don’t have to re-live some of the worst scenes from the show.

Remember that awkward, sinking feeling you got when you watched Dany’s wedding night? It’s not like that in the books. It’s actually pretty sweet, and it adds some context as to why she wants Drogo to be happy with her. I almost quit watching the series because of that scene, so it’s a relief that it’s not in the book. The awful scene with Joffrey and Roz and the other prostitute? Not in the book either. So, relax, you’ve already watched the worst. Sadly, the series get pretty gruesome around the third book, but you can make it through at least two of them first!

4. You can feel justified in hating Sansa earlier.

I started to kind of hate Sansa as soon as she started making fun of Arya. But, since you’ve watched the show, you know that it’s really her fault that Ned gets arrested (since she told the queen), which is a justifiable reason for disliking her. You know, that, and the fact she’s consistently mean to her poor sister.

5. The books are really, really good.

Like any book adaptation, they have much more detail than their small screen counterparts. But beyond that, George RR Martin’s writing is filled with dry humor. You’ll find yourself laughing at times you didn’t think possible in the show. His portrayal of Tyrion is almost as good as Peter Dinklage’s.

Hit me up if you need any more impressions of the series! 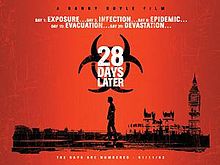 I know, I know. It’s totally lame to leave the default “Hello world!” title up there. But it’s so chipper! It’s looking forward, out onto the entire blogosphere, and announcing my presence. So…hello!

I’m a pretty random person, but I guess I’ll focus my interests a little so you’ll have something to follow if you’re interested! My official title at Slingshot SEO is “search media editor,” but that doesn’t say too much about what I actually do. Don’t worry, though, I’ll cover that in later blog posts.

Looking forward to tons of fun and geekery!

Seek and ye shall find.

We go back. Way back.

Organization is for winners.

Error: Twitter did not respond. Please wait a few minutes and refresh this page.